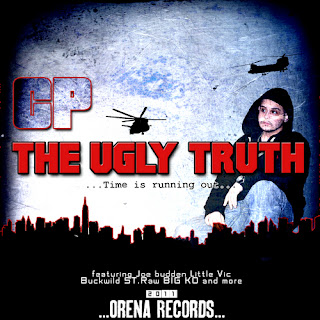 I really have no clue who C.P. is but his mixtape, "The Ugly Truth", was released a few weeks back and the tracks I've heard sounds pretty tight. He is associated with Little Vic, who dropped a dope DJ Premier produced 12" single called "The Exorcist" some years ago, who's listed as executive producer of the project and appears on most of the songs on the tape. My main reason for checking this out was definitely the three contributions by Buckwild which I have uploaded for all the D.I.T.C. heads. If you're feeling these you might want to check out the entire tape @ DatPiff or MediaFire. By the way who used the sample on "Treachery" before? My mind is blanking out on that one right now.
CP - "TREACHERY" (FT. LITTLE VIC)
CP - "NO MAN TOPIC" (FT. LITTLE VIC & JOE BUDDEN)
CP - "MY SIDE OF TOWN" (FT. ST.RAW)
Posted by lost.tapes.claaa7@gmail.com at 10:54 AM