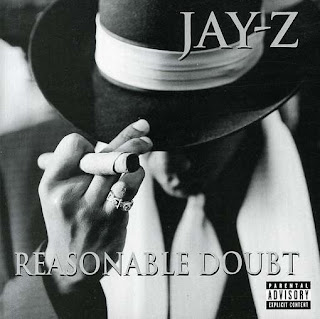 This past Sunday marked the 15 year anniversary of the release of Sean Carter's fantastic debut LP, "Reasonable Doubt". In the eyes of most serious hip-hop lovers, myself included, it stans as a true hip-hop classic that has certainly stood the test of time and proved Jay-Z as one of the most brilliant lyricists to ever grab a microphone. Every verse on the album is a worthy quotable, and it's overall so well written that even after all these years you could still keeping discovering hidden meanings in Jay's lyrics as almost every single line has at least a double meaning (imagine that!).

The LP of course dropped in 1996; a time when mafioso themed albums had almost became the norm for East Coast hip-hop. But "Reasonable Doubt" stood out from most of the releases of its time; not only had Jigga an impeccable wordplay and a ridiciolous delivery, he honestly invited the listener into his world, sharing with us his emotions, his pains and explaining his motives behind choosing a life of crime rather than taking a 9-5 job. Lines like "Lock my body, can't trap my mind/ Easily explain why we adapt to crime", "I rather die enormous than live dormant, that's how we on it" or "Whoever said illegal was the easy way out, couldn't understand the mechanics and the workings of of the underworld. Granted!/ 9 to 5 is how you survive, I ain't trying to survive; I'm tryna live it to the limit and love it alot" are perfect examples of this (as is the entire songs "Can I Live", "Regrets" and my favorite "D'Evils") and made alot of people relate to Jay-Z and the LP, hustlers or not.

The trio of producers that created the timeless canvas that Jay painted the story of his life over is an equally big part to the albums success. DJ Premier, Ski and Clark Kent created unforgettable music that was the perfect soundtrack to Carter's lyrical flexings. That "Reasonable Doubt" was produced by just these three guys (with one extra beat each supplied by Big Jaz, Irv Gotti and Knobody) and all the sessions took place at the infamous D&D Studios in early '96 gave the album a cohessive sound that is often gone in todays hip-hop.
Unfortunately the self-released project didn't do the big numbers the Roc-A-Fella trio had hoped for. As it's never been a secret that Sean Carter's main interest in joining the hip-hop game was his love for the $ it had came time for change. Instead of recording sessions at the dirtchamber known as D&D Studios with producers like the aforementioned; Dame Dash, Biggs and Jigga looked at Puff Daddy and his Bad Boy fam and their recipé for success. As a result, subsequent Jay-Z albums, which also helped him make the richest rapper of all time, featured a mixture of commercial and hardcore songs with beatmakers including The Hitmen, Trackmasters, Swizz Beats and Timbaland. One thing I always give him credit for though is that he never totally sold out, he always had several incredible tracks on each and every one of his following albums

The follow-up to the debut was '97s "In My Lifetime, Vol. 1" which had a couple of weak songs but are overall an often underrated and forgotten album that's great both lyrically and as far as production goes (both DJ Premier and Ski was involved again, although to a lesser degree). Despite the few wack Puff Daddy records, it's actually the closest LP to "Reasonable Doubt" in my opinion. With subsequent works Carter heavily dumbed down his lyrics more and more. Not to say that he's still not one of the great lyricists of hip-hop, but after hearing his first two albums, it's evident that he's so much better than the way he chooses to portray himself in order to sell more records. One thing's for sure however; "Reasonable Doubt", will go down in history as one of the most lyrical hip-hop classics of all time and should be part of any serious hip-hop heads record collection.
I recently started stringing together a compilation of early Jay-Z material, consisting of cameo stuff, B-sides and such ranging from 1991 and 1996. With this 15 year anniversary coming up I figured this was the best time to let it loose to all my readers. I titled it "The Pre-Trial" based on the trial against Jigga where he had to prove himself innocent of the crime he was accused of without a reasonable doubt; this was the original theme of the LP and is the reason of its title. While you're listening to it, I strongly suggest you read this great and well-written article by my man Chris Moss, 'Beyond A Reasonable Doubt' @ the ill Al Lindstrom site. And in closing, in case you missed out on XXL's great article on the making of the album that was published a few years ago, I will upload the scans later tonight. Enjoy! 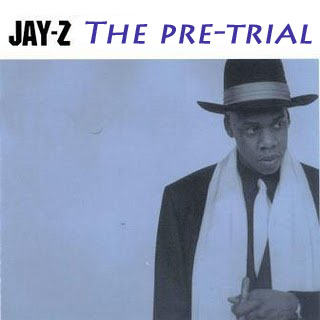 Posted by lost.tapes.claaa7@gmail.com at 5:09 AM