Throughout this blogs history I've shared some bangin' compilations of Jay Dee material. These included the Busta Rhymes tape with all the Jay beats from his many albums, my take on what Frank-N-Dank's "48 HRS" might've sounded like if the label hadn't fucked it up and the incredible "The Soul Of Dilla" which showcased how incredible Dilla was not only as a hip-hop producer, but also as an R&B and soul producer. There were so many sides to Dilla and he reinvented his whole sound about every two years, and succesfully too!! When other underground producers started catching up he was on IT'S THE NEW!!!

I recently been revisiting The Official Jay Dee Instrumental EPs and felt like sharing the first two volumes with my readers. This was a limited edition project Dilla made for and with Bling47.com back in 2003, two volumes of 8 previously unreleased instrumentals each. Volume 2 added 5 extra beats for the CD version of the "album" and eventually a third installment that took the best from both and added a few new tracis. I'm not sure whether or not all the beats on these three volumes were tracks that had already been made or if some of them were created especially for this series. I know that the "Busta" track on Vol. 1 was a track originally made for Busta's "Genesis" back in 2001, so it is likely that for example "Kamal" was something he worked on for Q-Tip.
However that may be, both installments make for an interesting listen and while they don't rank amongst the late masterminds best material, this is unquestionable good material for any Jay Dee fan. Or any hip-hop head who enjoys listening to instrumental albums too, for that matter. If you're an MC these tracks are rhythmically much more straight forward and easier to flow on than anything on "Donuts". I got other, more rare, beat tapes by Dilla, out of print 12"s and EPs plus loads of material for compilations so expect alot more Dilla to come. But til' then, TURN IT UP!!
JAY DEE - "INSTRUMENTAL SERIES V.1" 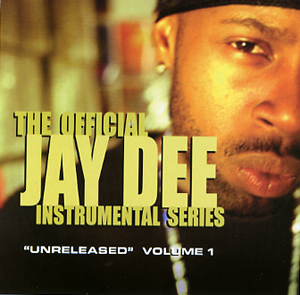 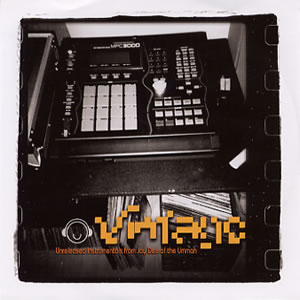 Email ThisBlogThis!Share to TwitterShare to FacebookShare to Pinterest
Labels: dilla, Out of print