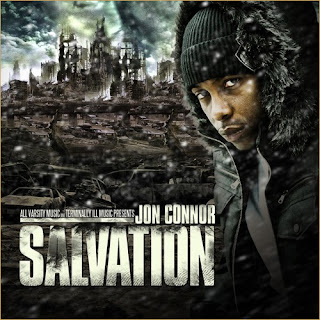 The Michigan native, Jon Connor, is currently preparing his "Salvation" which is set for release the 7th June this year. He's one of the few "new" hip-hop artists I feel are worth checking for as he's spitting real shit with a seriously tight flow rather than the usual bullshit that moves units these days - something that has drawn the attention of fellow lyricists like NaS. I'm not 100% sure of what exactly "Salvation" is gonna be, some sites have it listed as a digital EP while others claim it to be an actual album. We'll just have to wait and see. I, for one, will definitely be checking for it however.
So far two spoons of hot wax has been released from the project, the latest one was made available today and is called "Broken Mirror" and is produced by Reef. The previous song was released about a week ago and is produced by Optiks; I'm uploading both. Enjoy!
JON CONNOR - "BROKEN MIRROR"
JON CONNOR - "BIG CITY DREAMS"
Posted by lost.tapes.claaa7@gmail.com at 5:35 AM