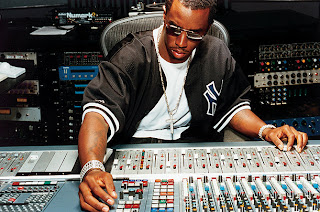 I think we all know the story of how Puff Daddy heard Pete Rock's instrumental to "Juicy" at a visit to his crib and checked what was on his turntable. From there he went home and re-created Pete's beat to the best of their capabilities and ended up getting the credit (together with Poke) for what's most likely the biggest BIG hit record ever. Well, at least the rising mogul was a good sport about the situation and let Pete's original mix appear as a remix on the B-side of the "Juicy" single, huh. This went down in early '94 but only a few years later another big producer would get jacked by Puffy and his Hitmen.

Havoc was invited to do something for Notorious B.I.G.'s sophomore album, "Life After Death", resulting in the now classic "Last Dayz". According to Prodigy's autobiography "My Infamous Life", they wanted him to spit on the record but he backed out and instead The LOX got the job. But what's more interesting is this segment from P's book: "After a long studio session, Hav was so drunk that he left his beat disc in the machine - leaving behind all six songs he had crafted that day instead of one. Somebody ended up using one of the beats for Black Rob's "I Love You Baby" on the Puff Daddy & The Family album. I could tell as soon as I heard it because it had Havoc's signature drums, bass line, and all. "Hav, that's your beat!" I said when we heard the track. "That motherfucker stole your beat!""
In the booklet the song is credited to Ron "AMEN-RA" Lawrence with co-production by Jay "Waxxx" Garfield and has additional Baby Grand piano played by Stevie J. This track definitely has Havoc written all over it, from the classical sinister strings, to the hardboiled bass line and rhythm track. The accoustic piano parts were probably added on by Stevie J as the credits say but this is most def a Havoc beat. Luckily Black Rob spits two dope verses on it, while Pappa Diddy Pop only has one at the end. Makes you wonder if this was something that happened ever so often at the Bad Boy offices and studios?