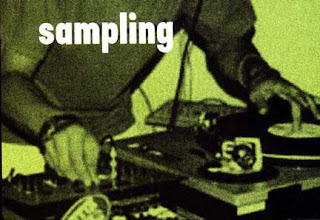 The Heath Brothers was a US Jazz group that was active between 1975 to to 1998, with a few reunions after that to top it off. For hip-hop heads and beatmakers they are most recognized for the '75 classic "Shiny Billy Suite" which Q-Tip would use the main part of to create the mystical sounding "One Love" for a young Nas' debut album. Considering the immense street succees of that joint, Jimmy Heat's composition would clear several other hip-hop joints with his record. In this post I focus on samples that have been used by at least two artists to great success and asks my readers which one y'all think is the hottest. Let me know in the comments section. I will have both YouTube videos for streaming plus download links to the songs in question. Oh, and this great idea originally came from WuTangCorp Forum's own GHOSTLACED so I hope he don't mind me using this as a section on The Lost Tapes. Aight, here we go:
"Smilin' Billy Suite" appeared on the Heath Brothers duo debut in 1976, ""Marchin' On", which was released on Strata-O. In fact the eight track long LP's B-side was entirely dedicated to "Smilin Billy Suit" (hence the name), it's a four part suite. The one us hip-hop junkies are mostly interested in is Part 2 (seen in the video above and downloadable below) which was been borrowed and re-flipped for records by artists like Dr. Dre, Q-Tip/Nas, Amy Winehouse, The Beatnuts, Erick Sermon/Redman and Leschea to name a few. I'm going to focus on my three favorites though. Check it out!
Redman's third full-length, "Muddy Waters", might have been Red's redemption album; showing these fucks he's still one of the most lyrical and funniest emcees to ever grab a mic. Not that "Dare iz a Darkside" is a bad album at all (I actually think it's pretty damn sick) but at the time he was catching some flack for the way-out-there lyrics. The following offering in 1996 was more of a back to basics LP, with dirty funk-king Sermon once again handling 85% of production duties, and filled with the humorous top of the line lyricism.Red was officially back no matter who you were, even those who loved "Dare Iz...", most agrees that "Muddy Watters" is the best album in Red's catalouge. "Soopaman Lova 3" samples the Heath Brothers track in its beginning part, but after about half the song the beat switches up totally. And since the credits says both Red and Semon produced it, it might be so that Sermon produced the first part and Red the last one or vice versa. Either way, it's am incredible track and my personal favorite in the "Soopaluva" series,
This is the classic opener to the masterpiece that is The Beatnuts self-titled debut (personally I call it "Street Level" since I think it sounds better). This is one of the rare US productions by Lucién (real hip-hop heads know who he is) who lived in the country in early to mid-'90s and worked a bit with the Native Tounges Posse; he later moved back to Paris where he changed his name to Papalú and worked with the likes of Afro Jazz. On here, Lucien incorporates the "Shiny Suit" sample into his beat much more subtle than the two other producers. You can clearly hear vibraphone part floating in and out of the bacground of the beat which is pretty cool in it's own right and perfect for the record.
Last but not least on this three-tracks countdown is one of the most classic hip-hop song of all time, and even if The Beatnuts did it first, it was really on "One Love" that the Heath Brother's track really got to shine. Q-Tip's sole composition on Nasty's album heavily borrowed from the original song, addding some harder drums but mostly keeping it true to the formula.The mysterious production, amplified by the vibes, was the perfect backdrop for the young Nasir to spill his thoughts to and the overall record stands as a classic, still to this day.
Download all four songs in High Quaity below