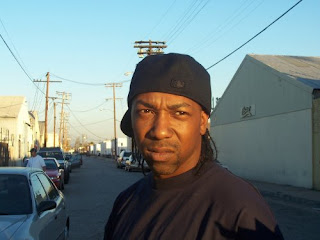 Hot, brand new MC Eiht single called "I Need That" from his upcoming full-length "Which Way Iz West" dropping later this year. Like the previous singles, this is produced by Austrian beatmaker Brenk Sinatra and I must say that he and Eiht displays crazy chemistry. He seems to be the main producer of the project which sounds great to me! Of course, DJ Premier will also be lacing a few tracks for the album which is hard to complain about though haha. If you didn't know he's the executive producer of the LP, and here's what he had to say about this single - "MC Eiht and his producer Brenk Sinatra keeps hittin' the streets with dat gutter hood shit. Officially for true heads of ghetto music!". Spotted @ DJPremierBlog, peace.
MC Eiht - "I Need That"
Posted by lost.tapes.claaa7@gmail.com at 5:37 AM