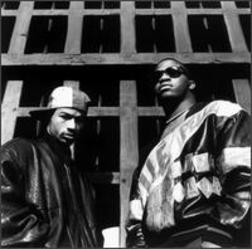 Yessir!! The third leak of the illest MC/producer duo still active's upcoming album, "Mugshot Music", just hit the net. As expected "Here And Now" is that raw, gritty D.I.T.C. boom bap we all love to hear from the group. If you ask me, I think Showbiz & AG are the perfect match, while Show's solo project with various emcees and "Godsville" which KRS was in the 3/5 department - everything Show & A has dropped in the album/EP lane is more in the 4/5 to 5/5 category. As I mentioned previously, the duo is recording their album in former D&D studios with DJ Premier working as an executive producer of the project and adding his flavor in the form of his trademark cuts. I bet this will be the album of the year (if you missed out on the previous leaks, click here)!
SHOWBIZ & AG - "HERE & NOW"
Posted by lost.tapes.claaa7@gmail.com at 12:09 AM