XXL: The Making of Jay-Z's "The Blueprint" 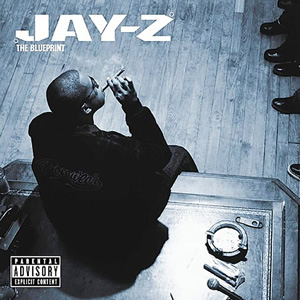 Besides a few bangers like "The Joy" and "Primetime", "Watch The Throne" left a sour taste in my mouth. It's hard to imagine that the unimaginative music found on that disc was created by the same duo that ten years previous created much of Jay's "Blueprint". No matter how much weak music Jigga would decide to pour out from this point on don't really matter though, like LL I will always look upon him as a legend for all the classics he already delivered in his career. One of those classics happen to be 2001's "The Blueprint", an album sometimes catching critic for receiving an "unfair" 5 mics rating in The Source which still had some credability at that point. Personally I don't think there's anything unfair about the rating it received, there's a gang of LPs I would put above it but ultimately it was one of the sickest, most tone setting bodies of work to define the last decade in rap music. Unlike many previous Jay-Z projects, this really felt like a real coherrent album with a musical theme that was pretty much evident throughout without becoming forced.
It was also thee album that put Just Blaze and KanYe West on the map as super producers with their renaissance of sampled soul records and high-pitched vocal samples with tracks like "The Takeover" (still one of the illest diss records ever made if you ask me), "Girls, Girls, Girls", "U Don't Know" and "Heart Of The City". One of the things that set it apart from some earlier Jigga LPs was that even the singles followed the formula of the rest of the songs and were actually good music that also had some hit potential. The only thing I don't really get about "The Blueprint" is why producer Bink didn't get the recognition for his work as 'Ye and Just? For me it was the combined tracks of this trio that created the sound of it with their 3-4 beats each. Oh well, throw on your discs, press play and read this ill XXL article on the making of the album with interviews with the artist, producers, engineers, executives, etc. If you slept on my previous uploads of these classic XXL articles, check them out because this is the last one I got at the time being. Enjoy!