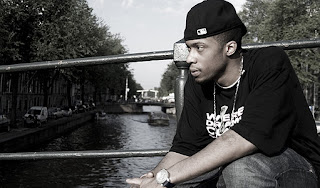 Curtis Cross, better known as Black Milk, should be considered the best current producer in Detroit since the passing of Dilla if you ask me. He has more than proved his capability of creating outstanding music that will stand the test of the time and over the years he's showed alot of diversity and abaility to adapt to different styles. I must admit that back when I first heard him, I wasn't that impressed; I thought he had some nice joints but overall was a lesser version of Jay Dee. I guess coming from the same city, moving in the same crowds and getting influenced by the same surroundings will definitely leave a mark that can make two producers sound alot alike. It didn't take long for me to realize that he deserved recognition as a great, original beatmaker in his own right and not some Dilla clone at all.
Between the early days as part of production trio B.R. Gunna (with Fat Ray and Young R.J.) and his latest album with Sean Price and Guilty Simpson as Random Axe, Milk has lended his ear and beats to people like Pharoahe Monch, GZA/Genius, Dilla, Slum Village, Skyzoo, Elzhi, Buckshot, KRS-One, Royce Da 5'9", Phat Kat and many, many more. Often his contributions to an album will be the absolute highlight of that LP, such was the case with "Survival Skills" (KRS-One/Buckshot) and "Pro Tools" (GZA) to name a few. One of the most impressive projects of his so far has to be his 2008 solo album, "Tronic", where he completely flipped his own sound; ditching his love of classic soul samples in favor of electronica styled beats. And it was a great sonic achivement; tracks like "Long Story Short", "Bounce" and "The Matrix" really made me realize that Black Milk is one of the best and most innovative producers of the day. In case you're still a non believer, maybe this compilation will make you change your mind after all. Without further due, this is the Black Milk feature of my Detroit producer compilation series - don't forget to also check for Apollo Brown and Bronze Nazareth.

EDIT - It has been revealed that Black Milk's next project is listed for release on November 1 via Fat Beats and will be an EP together with Detroit rapper Danny Brown. The two previously worked on a cut from "Album Of The Year" named "Black & Brown" and that will also be the title of the LP. Interesting news, I'm checking for it. 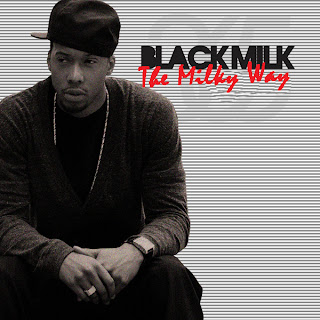