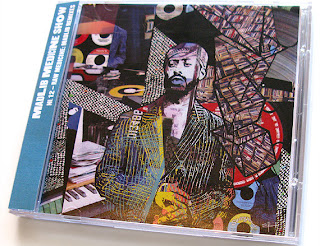 Starting his series of Medicine Show albums in January 2010, Madlib intended to put out one disc every every moment till December of that same year. After various delays, the super producer slash madman has reached the final installment in the series entitled "Madlib Medicine Show 12: Raw Medicine - Madlib Remixes". As with previous volumes in the series, this will be released on CD and LP between Stones Throw and Madlib Invazion and will be a strictly limited affair. Not too much info has been released as of yet as far as what tracks will get the Madlib remix treatment on this disc but according to Stones Throw's website it will feature over 30 tracks and a running time of over 60 minutes. I'm hyped for this, most of the previous releases in the "monthly" series has been pleasing to my ears though I admit I have yet to pick up physical copies of most of them; I would love for a limited collectors box of all these or something along those lines. You can check out a 3 minutes snippet of the album below and head over to the ST website for more info. September 27 is the release date but the website shop seems to already be shipping.
Posted by lost.tapes.claaa7@gmail.com at 1:12 PM

Email ThisBlogThis!Share to TwitterShare to FacebookShare to Pinterest
Labels: Madlib