Lord Finesse Projects on the Way 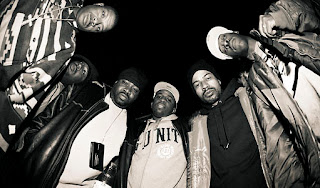 The Funkyman is the latest hip-hop legend to hook up with the Slice-Of-Spice record label in order to bless the market with some rare and previously unheard gems. Unlike some of the previous artists thats been involved with S.O.S., 'Ness is planning to drop several projects through the label. Besides the long-awaited and super delayed Funky Technician Remix Album, we'll also get the chance to pick up Funky Technician Instrumental LP, Return Of The Funkyman Instrumental LP and suprisingly a remix album for Return Of... as well. There's also a couple of singles planned for release; Signature 7" Series (which will include three different 7" singles) and a flexi-disc featuring a previously unheard 2005 remix of the classic "You Know What I'm About" which can be heard on S.O.S.'s SoundCloud page. The remix also makes great use of the same sample rocked by Jay-Z for "Sweet" for his "American Gangster" LP a couple of years ago. The promotional flexi-disc will only be available at the NYC WFMU Record Fair in October. Thanks to Justice for all the info, check out the teaser track below.
LORD FINESSE - "YOU KNOW WHAT I'M ABOUT"
Posted by lost.tapes.claaa7@gmail.com at 8:11 AM