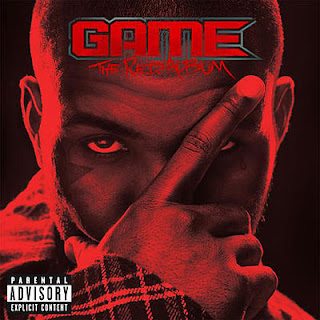 I can't say I'm the biggest fan of Compton's The Game these days, he had a spark when he started but quickly became quite tiring if you ask me. One thing he's great at is picking fat, fat tracks to spit over so when the news of his working with DJ Premier broke, the expectations were high. Originally Game and Preem was supposed to work on two tracks together but at the end of the day, the MC only used one of the beats. The song is called "Born in the Trap" and while it's tagged the sound quality is great; I'm really feeling this joint overall too. "The R.E.D. Album" hits stores on August 23 for anyone interested, looking at the tracklist I must say this looks like his weakest offering yet based on featured producers and guests. I'll check for Preem and Dre though!
GAME - "BORN IN THE TRAP"
Posted by lost.tapes.claaa7@gmail.com at 3:31 AM