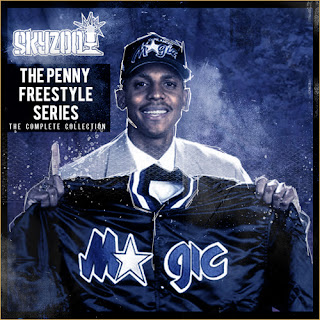 Ever since the release of his official debut album, 2009s incredible "The Salvation", Brooklyn born emcee Skyzoo has been highly ranked amongst the new generation of rap heroes. With no signs of slowing down, he kept popping up on mad guest features, doing a coll collaboration LP with producer !llmind and recently released the free project "The Great Debater". And even after that he has been busy treating us with sick freestyles for a number of weeks in what he calls The Penny Freestyle Series. As the final entry of the collection, "Wikipedia Rap", hit the net today, the complete series was also released in one package that's definitely worthy of a download if you missed out on these when they first dropped. Shouts to the good folks @ 2DopeBoyz.

SKYZOO - "THE PENNY FREESTYLE SERIES"
Posted by lost.tapes.claaa7@gmail.com at 11:46 AM