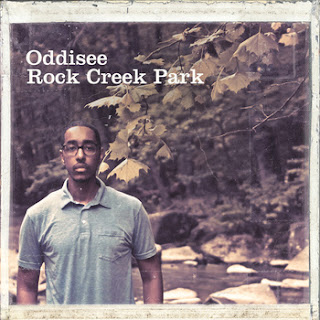 One of the most interesting producers of today, Washington DC's Oddisee, has been around for several years (I think his first placement was a beat on DJ Jazzy Jeff's "The Magnificent" in 2002 though I first started to take real notice with his three outstanding beats on The U.N.'s '04 debut). It's first in recent years that he's really been getting the recognition he deserve through pumping out dope album after dope album. His latest project is an instrumental release entitled "Rock Creek Park", as it's an homage to Washington DC's famous Rock Creek Park. The album (which is a warm-up to his "real" solo album due out this winter) is a mixture of heavy live instrumentation and Odd's classic rich sample-based sound that according to Mello Music Group "gives the album a sonically full 3-dimensional sound". Sounds interesting to say the least!
The first single was released through MMG's site today and is called "The Carter Baron" and is a smooth but driving track with live drums, bass and performed by Jon Laine, Dennis Turner and Ralph Real, respectively. The soulful sample and trademark synthesizer work is conducted by Oddisee himself. This joint really gave me high hopes for the album; the CD/digital album will be released on September 6 while the wax will find its way to stores on September 27.
ODDISEE - "THE CARTER BARON"
Posted by lost.tapes.claaa7@gmail.com at 2:15 AM