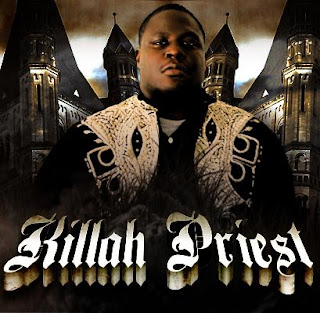 As always with one of hip-hop's true mystics, and at the same time one of its most thought-provoking, sharpest and most underrate lyrics, you'll never know wherever a new Killah Priest track might end up. This thought-provoking heatrock called "Brilliantair" was first played by Preem on his weekly Live From Headqucourterz show a short while ago. It was never ripped then or has surfaced until the good guy Secret Rivals over at the Wu-Tang Corp. forums hit us up with a link - so all thanks to him for making us able to hear this banger. I wouldn't be at all dissapointed if this turns out to end up on "The Psychic World of Walter Reed".
KILLAH PRIEST - "BRILLIANTAIR"
Posted by lost.tapes.claaa7@gmail.com at 11:26 AM