The incredible DJ turned producer DJ JS-1, of the legendary The Rock Steady Crew, and has produced tracks for OC, Percee P and Royce besides lacing all of Sadat X's dope 2009 projecr "Brand New Being. JS-One has also released two installments of his producer albums "Ground Original" which both had alot of dope beats and cuts but also great guest verses from the likes of Masta Ace, KRS-One, Razhel, Tragedy, Kool G Rap, etc (volume one released in 2000). The second album (2009) was even better if you ask me, better production and cameos from Canibus, Large Professor, OC, Pharoahe Monch; KRS-One, Brother Ali, Sadat X and C-Ray Walz to name a few.
The homie GhettoGnom just let me know that the Rock Steady DJ is done with "Ground Original 3: No One Cares" and looking at the tracklist this should be at the very least as good as the two predecessors. Just check the guests and I'm hyped to see OC on there because they have such a cool chemistry - for anyone that missed the Roc Raida tribute they made together called "Life" I upload it for y'all at the bottom of the page. 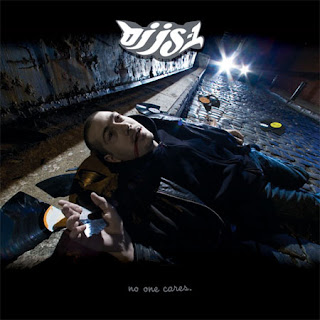