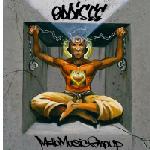 To me Oddisee is one of the currently best producers out there these days and one of the few guys who manages to recreate that classic '90s boom bap sound while still making it sound oriiginal. He started out with beatmaking the early 2000s and started building a rep, with tracks like Foreaign Exchange, Kev Brown, J-Live, Little Borther and many more (including his three beats on The UN's "U N Or U Out? LP; includes three joints from the producer and that was whar fiirst fo my eyes on gim.
His style is totally sampled-based, soulful as a mutha, and with that vintage boom bap drum and bass we all love. On 2009s debut album from him and his crew, The Diamond District's "In The Ruff", this was truly "the latest edition of what you're missing" and an homage to the "sound y'all be missing". The three man group definitely successeded in all aspects, the lyrics was nice (an ode to the working man that alot of peeps could relate to) and I'm just hoping we get a new LP from Odd, XV och YU but we can just wait and see. Since then Oddisee has also released plenty of free EPs via his site on BandCamp, from instrumental albums, to compilations with rappers and new R&B artists. All worth checking!
Just recently the producer extraordinaré also re-released his first solo debut on Mello Music Group for free, which features the like of Georgia Anne Muldrow, LMNBO, J-Livs, and more.. For this free release Oddisee has added no less three bonus tracks that well worth digging into, three additional tracks are included so you know they will be available on the net only. I wanna give a shout-out to my man Jaz for putting me on to this! TURN IT UP!!

Email ThisBlogThis!Share to TwitterShare to FacebookShare to Pinterest
Labels: Oddisee