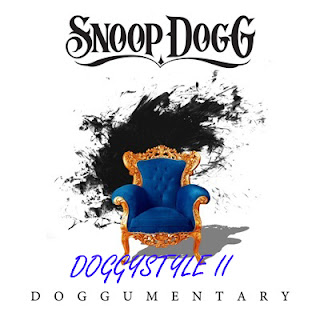 When Dr. Dre introduced the young OG who called himself Snoop Doggy Dogg on the timeless “Deep Cover” single, a new era on the West Coast was on the verge of bursting. An era of G-Funk that would rival the dominance New York have had on hip-hop since its birth despite early innovators that repped the West like Ice-T and N.W.A. Already on “Deep Cover” the chemistry between the seasoned Doc and the freshman with the unique voice and slick apperance was evident, but it was with the two-in-one punch masterpieces ‘The Chronic’ and ‘Doggystyle’ that it became truly cemented. Rarely have such a perfect combination of emcee and producer been wittnessed. They was the West Coast equivalent of Gang Starr and Pete Rock & CL Smooth but G’d up as hell and sounding like none else. 'The Chronic' and 'Doggystyle', released within a year of eachother, still stands as two of the best albums of all time.
All the bullshit that went down over at Death Row Records sadly put a halt to the duo’s continued run; Snoop’s second album, ‘96s 'Tha Doggfather', was a dissapointment and didn’t have a single beat from Dre as he was leaving Suge Knight and the guys behind to form Aftermath Entertainment. To promote the label he released a half-assed compilation featuring a bunch of artist that never dropped anything else on the label and was overall a dissapointment.  1996 was the year people were starting to feel that the former duo had started to fall off. Snoop still rhymed great and 'Tha Doggfather' sold well but his choice of beats were a far cry from the magic Dre gave him. But the irony was that Dre was trying to reinvent himself and delivering beats that didn't even sound like him in the first place (“Nas is Coming”, “Zoom”, “Fuck Somebody Else”, “Five Minutes to Flush”, etc.).
I was reading an article over @ HipHopDX.com this morning where they broke down ten promised projects that never happened, including an announced Snoop/Dre reunion around 1997 (apparently the original version of “Zoom” that featured Snoop was supposed to be on there, I included it as a bonus download to this post). That obviously never materialized but a few years later, 1999 to be exact, Dre redeemed himself with the release of '2001'. A true masterpiece in terms of production and nowhere near as weak lyrically as some has made it out to be. Dre had the best ghostwriters available and guests like Eminem, Xzibit, Devin the Dude, Nate Dogg and MC Ren and most importantly for this article – Snoop was all over it and laced all of the singles, each as classic as the previous!
This ain’t a review for '2001' or a resume of LA’s finest's accomplishments and as much as you might want me to shut up and just give you the goddamn music then you misunderstood this blog completely. The internet is already full of mindless bullshit blogs that just throw up full albums without even giving a motivation to why. You will never see a full retail album on here unless its out-of-print. You will however find the best compilations on the net @ The Lost Tapes; if you find a better site I’ll donate my lungs to a rasta. But OK I’ll get to the point:
Since '2001' Dre has produced ten tracks for three Snoop albums as well as a few other songs Tha Dogg jumped on as guest. All in all we got 13 tracks and I test drove it earlier and the shit knocks hard; the chemistry is still there to the pleasures of our ears this is the good ol' Dre, not the run-towards-the-grain, "I Need A Doctor" Doc. The only song missing is “Bitch Please II” since I found it to similar to the first part which of course is included. All songs were originally released between 1999 and 2006 and if you don't know who produced them yet then go ahead and shoot yourself. Oh and one last thing, Snoop pissed a lot of people off when he announced that his new album would be called ‘Doggystyle II: The Doggumentary’ and be produced by Swizz Beats!! Wtf?!! Luckily he ditched the Doggystyle II from his Doggumentary, but I didn’t. EDIT: I forgot that Warren G track from '99, but I added a separate link for it and added it as a bonus track.
01. "Intro"
02. "Buck 'Em" (Ft. Sticky Fingaz)
03. "Bitch Please" (Ft. Xzibit)
04. "Hennesey N Buddah"
05. "Chin Check" (Ft. NWA 2000)
06. "Boss Life" (Ft. Nate Dogg)
07. "True Lies"
08. "Lay Low" (Ft. Nate Dogg, Tha Eastsidaz, Master P & Butch Cassidy)
09. "Losin' Your Mind" (Ft. Xzibit)
10. "Round Here"
11. "The Wash" (Ft. Dr. Dre) [co-prod. by DJ Quik]
12. "Just Dippin'" (Ft. Dr. Dre & Jewell)
13. "Imagine" (Ft. Dr. Dre & D'Angelo)
14. "Game Don't Wait" (Ft. Warren G, Nate Dogg, Xzibit & Dr. Dre) [*]