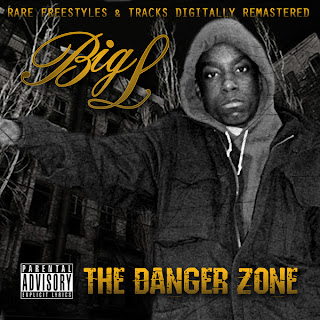 Following last years dissapointing "Return Of The Devil's Son" put together by L's younger brother and sounding abolutely amazing on paper. Problem was that the sound quality was absolutely horrible, it sounded like a cassette rip ripped to a low VBR and on top of that they renamed several songs to get L fans to think the album contained previously unreleased material, which it didn't, save for maybe a couple of freestyles. I was so hyped when I heard about that project, to finally get tracks like "Devil's Son", "Timez If Hard On The Boulevard", "Clinic (Shoulda Used A Rubba), "School Dayz", "Principle of the New School", etc. After I downloaded the leak to get a sneek peak i ended up never buying the album and will not do so either.
Lucky for us Flamboyant Entertainment (in conjunction with the Coleman estate) is putting together a proper and official Big L's "rare and unreleased" tracks, but this time newly remastered and in CDQ if possible which just made my day. It will feature classic tracks that didn't make "Lifestylez Ov Da Poor & Dangerous" or "The Big Picture" plua some remastered classic freestyles (please include the nine minutes Jay-Z/Big L freestyle session from 1995 on Stretch & Bobbito).
The album will be released on May 31 this year and I've just sarted counting the days, but in the meantime we already got the first "single" from the project - which is a remastered take on the Lord Finesse / Big L collaboration (one of his first), 1992s "You Know What I'm About" - a track recorded for the "Tresspass Soundtrack"but the label didn't want any unknown rappers on there and Finesse had to record a solo version instead, and it took a few years before this leaked.. Listening to it now though and this is by far the best version I ever heard of it before, it sounds a little raw but hey, it was recorded in '92 and never officially released so what could you expect. If the rest of the album sounds this good this is truly a MUST-HAVE! Can't wait to see the full tracklisting.

Shouts to The Manhattan.com for the link and parts of the info, much props! Also thanks to Manhattan 360 for putting me on to the article.
LORD FINESSE w. BIG L - "YOU KNOW WHAT I'M ABOUT"
Posted by lost.tapes.claaa7@gmail.com at 3:23 PM