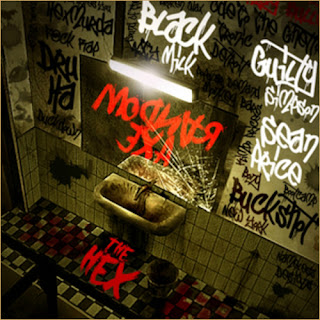 It's hard to believe two years have passed since the Random Axe project was confirmed, a collaboration between New York's Sean Price with Guilty Simpson and Black Milk straight from the "D". Although we've waited a good while for this project I can still say I'm really anticipating for this album to drop, another sure shot banger from the Duck Down camp. A track called "Monster Babies" dropped back when the collabo was first announced I would expect the just released "The Hex" to be the first official single from the groups upcoming self-titled debut. The title of the song is a tribute to Black Milk and Guilty's long time manager, Hex Murda.
Since the song is currently only available for purchase on iTunes I will only provide a link to the stream + iTunes at the moment, but make sure you take the time to listen to this one cuz it's pure heat.
Listen to RANDOM AXE - "THE HEX"

Support RANDOM AXE - "THE HEX" @ iTunes
Posted by lost.tapes.claaa7@gmail.com at 4:11 AM