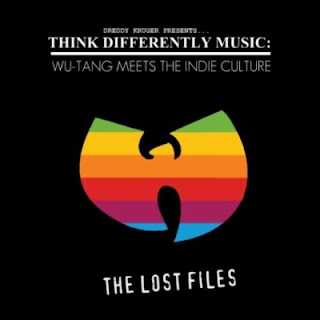 2005, former Royal Fam emcee turned A&R put out one of the hottest projects of the year with "Wu-Tang Meets The Indie Culture". The album was about Wu-Tang generals and Killa Beez collaborating with respected independent underground artists over beats by Bronze Nazareth, Preservation and even The RZA. If you haven't checked that one out yet then do that ASAP for sure, that LP got a lot of extensive play at my place back when it first came out.
I don't know if Dreddy is low on cash but he has decided to compile tracks that didn't make the final cut on the original album, a few skits that was only available on the vinyl version and several beats that were never used for the project; "The Lost Files" in other words as he calls it. I got two of the most interesting joints from the compilation right here; how about a Roc Marciano and Killah Priest collabo or a Raekwon/Bronze Nazareth track from '05? Check 'em out below and read more about the digital release "The Lost Files" (including tracklist and samples) @ Amazon,