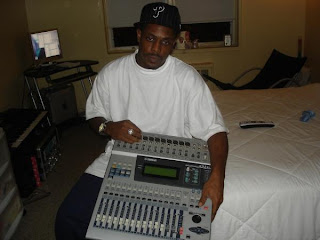 Anyone familiar with the Wu-Tang Clan should know a little something about producer 4th Disciple. He was one of the only producers beside RZA to get several beat placements on the classic Clan albums and first round of solo projects from the generals between 1993 and 1997. He hasn't been very prolific in recent years though, as not as far as releasing his stuff to the public, but that is about to change. A few years back he dropped a very limited mini album called "Best Of 740" which featured rare and unreleased work from the MC/producer. I know alot of people slept on that, but it's a truly banging release, and luckily 4th has decided to release a Vol. 2 of the project, tie it up with the original and sell it as a 2xCD package. Each CD will include ten tracks, displaying both 4th Disciple's skills as a producer and a rapper as well as several guest apperances from little known but often dope MCs. Check out the tracklist below (click to enlarge) and stay tuned for more info about this project. Shouts to Jammin for spreading the info. 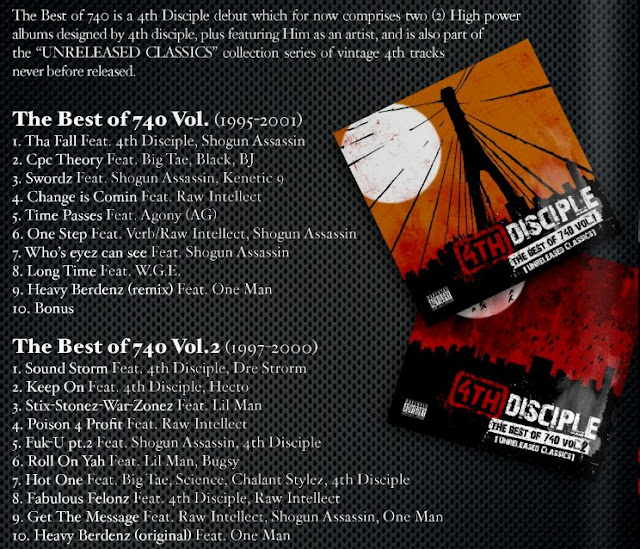 Posted by lost.tapes.claaa7@gmail.com at 2:21 AM