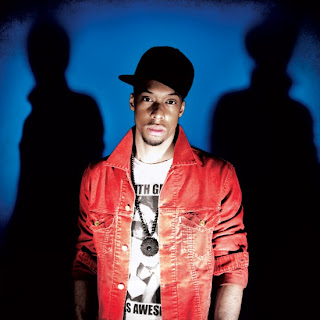 This really came out of nowhere as a full-blown jam and recording session between Black Milk and rock star Jack White of the White Stripes isn't an everyday thing. Apparantly White was the one to reach out to the producer who then took his working band (consisting of AB on keys, Daru Jones on drums and bassist Malik Hunter) out to Nashville to record some fresh new material. The two songs that were recorded has already been made available to the public and personally i find them, slightly suprising, both to be very enjoyable. There's only a very selected few hip-hop and rock cats that can combine their music into something good, or even great. Black Milk has just proven to be one of them; another feather in the cap for the Detroit producer who was once, unjustly, often written off as another Dilla clone.
The songs "Brain" and "Royal Mega" will be pressed up in a limited edition of 100 tri-colored picture disc 7" vinyl singles, shipping this Friday. The single can also be purchased in digital form via iTunes. Both songs are however also available to stream in full, good quality via Black Milk's own website. Check it out below and read more about the project while you're banging this weird greatness.
THE BLACK MILK & JACK WHITE PROJECT
Posted by lost.tapes.claaa7@gmail.com at 2:28 PM