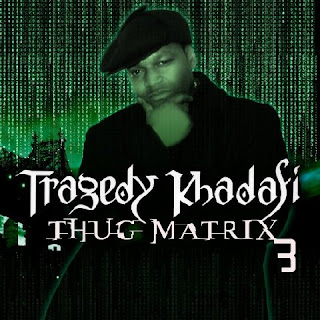 Two of my favorite hip-hop artists have just announced their respective upcoming exciting projects. First off is Queensbridge's finest, Tragedy Khadafi, who's blessing the market with the third installment in his "Thug Matrix" series. This will be the veteran rapper's first album since finishing a three year bid on narcotic charges. The 10-tracks project will be released via his own 25 II Life imprint and distributed through Aura/Distrolord Digital. Hopefuly the small amount of songs will mean absolutely no filler and all killer; Tragedy's albums, while always being good, haven't really lived up to his true potential as an MC since '93s "Saga Of A Hoodlum". "Thug Matrix 3" will be available on September 20, check out the tracklist: 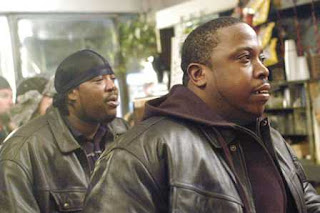 In other news, Billy Danze of M.O.P. revealed that his duo with Lil' Fame has started work on their next album; a collaboration with another duo, German production team Snowgoons. Even though an M.O.P. album without any DJ Premier involvement always seems a little weird, this project has extreme potential for being something out of the ordinary, something really amazing. Danze says they have recorded about eight tracks so far and that they are planning to keeping it light with the features. The LP will be released through BabyGrande and if everything goes as planned, they will be able to make a late 2011 release. Shouts to HipHopDX.com for this announcement as well as providing the audio of the interview you can listen to/download below.
BILLY DANZE INTERVIEW AUDIO
Posted by lost.tapes.claaa7@gmail.com at 5:23 AM