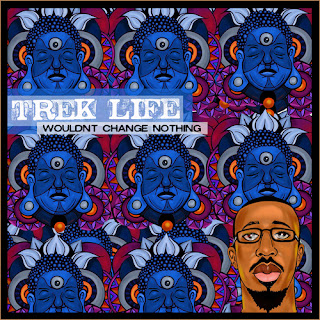 Back in May, LA based rapper Trek Life released a collaborative album with producer Oddisee titled "Everything Changed Nothing" via Mello Music Group for free. A few days ago a remix of one of the songs entitled "What It Is" appeared in a completely new form courtesy of Apollo Brown. When I posted that song I made the mistake of assuming that the abovementioned remix was a single further promoting the original album. Fact is that Trek Life and Mello Music Group will release a totally remixed version of the LP, instead calling it "Wouldn't Change A Thing" and the Apollo Brown song was the lead single from that project. Today the second single has been released, a new Oddisee remix titled just "Wouldn't Change A Thing".
While you're listening to the song, get to know more about the project through this mini-interview my man Chris Moss and Mike of Mello Music Group did to accompany the release of the single. Chris writes for Al Lindstrom and is a talented writer whom I suggest you should check out more work from. Below are excerpts of the interview, click on the link above to read the whole thing. 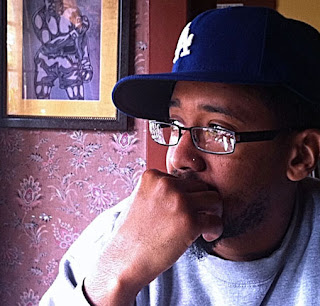 Q:  Tell us a little about the new project “Wouldn’t Change Nothing”.
Trek Life:  “Wouldn’t Change Nothing” is coming out on my label, Mello Music Group, Tuesday July 12th , it’s another summer record.  We brought on a lot of dope producers to revisit the “Everything Changed Nothing” album.  This one’s got some of my West Coasts people like J Bizness, Duke Westlake, A3, Captain, and DJ Buddy.  Plus it’s got Detroit’s Apollo Brown and MarvWon, Philly’s Has-Lo, Audible Doctor who did Joel Ortiz’s Battle Cry, ST/MiC came through with some heat, SlimKat78 who did a lot of work on yU’s Before Taxes killed a joint, and of course Oddisee jumped in for two tracks.  It’s a big record.  Aaron Sutton from Visual Goodies did the cover art.

Q:  Where direction were you taking with the production on this single?
Mike Tolle (Mello Music Group):  Oddisee’s range and ability to produce songs that fit into a variety of genres has always been one of the reasons for his success, whether it’s producing a track with artistic sentiments and irregular rhythms, or making a classic grimy boom bap track, or even a polished commercial gem.  For this one Oddisee dipped into a more commercial sound, polished and more epic in it’s tone.

TREK LIFE - "WOULDN'T CHANGE NOTHING"
Posted by lost.tapes.claaa7@gmail.com at 2:44 PM