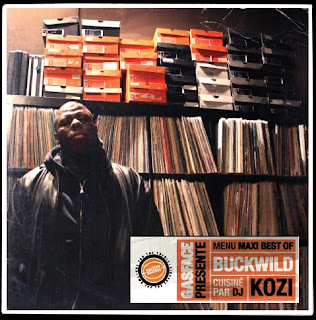 If you're a regular browser at many of all the internet's hip-hop blogs and sites you might very well recognize the term Media Gasfacé. They've been dropping some amazing video interviews every now and then, having recently done extensive video interviews with the likes of Method Man, Prodigy, Ghostface, Raekwon and many others. What some heads might not know however is that Gasfacé is actually one of the biggest, and probably best, French hip-hop magazines. Since I don't speak French I obviously never read a full magazine of theirs, but I got the impression that Gasface is the French equivallent to HHC. One great thing that can be enjoyed by anyone though, is that Gasfacé every now and then give away a free promo CD with the purchase of the mag. The only problem is that they are hard to come across for peeps outside of the country.
With the fifth edition of Gasfacé 2008, readers was treated with an incredible CD that came in a full-cover slip case - a mix by French turntablist DJ Kozi on some of Buckwild's finest material. It's a great, well done mix with almost 80 minutes of Buck classics like "Scars & Pain", "Bring It On", "M.V.P. (Remix)", "Blowin' Up The World", "Rock On (Remix)" and many more (27 songs in total). I was a little suprised to see Big L's "Devil's Son" on there since I'm pretty damn certain that Showbiz laced that one. I am aware that the 12" says "produced by Show, Buckwild, Lord Finesse & Craig Boogie" but I would assume that credit is for the (then) forthcoming album since those four were all the beatmakers on "Lifestylez...". But that's nitpicking, download the tape below, upload it to your mp3-player and prepare for 80 minutes of non stop D.I.T.C. heat. Also be prepared for the next release in this series .which is even doper and will highlight an artist that you will see alot more from in the coming weeks. Enjoy! 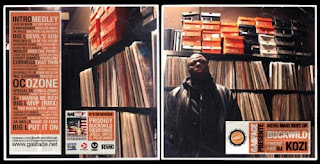