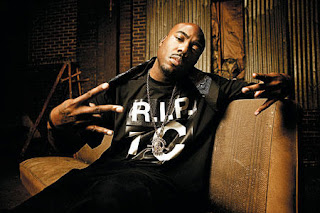 I'm not too familiar with I-20 but of course that's not the case with The Game; he's not the best rapper by no means but sometime he really comes through with well written lyrics, a tight flow and most importantly he's great at picking incredible beats. His first two retail albums, "The Documentary" and "Doctors Advocate" are both killer albums. And if you've been following The Lost Tapes you'll know by now that I'm the biggest D.I.T.C. fan, I had to post this gem since the beatmaker is no other than Mr. Buckwild.
The track in question is called "California Dreaming" and will most likely appear on I-120's forthcoming album which is as of yet untitled. Hopefuly the production will knock; matter of fact there was another !-20/Buck collaboration hitting the nets a while back. Soo... What do you think of this track, is it The Lost Tapes material?
I-20 - "California Dreaming" (Ft. The Game)
Posted by lost.tapes.claaa7@gmail.com at 12:40 AM