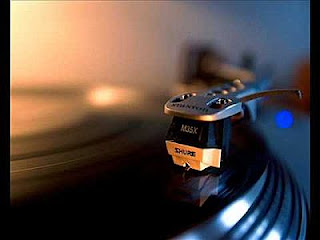 This right here is a real guaranteed gem as K-Def gets loose on the wheels of steel for a good 40 minutes. Showing off his talents as the skilled DJ he is, giving listeners a mix of gritty instrumentals, songs that stands as today's hip-hop classics and rare breaks. There's plenty of those signature crazy K-Def cuts too of course.
The mix was recorded sometime around late '94, intended as an episode of the Pirate Radio Show that Marley Marl hosted. This specific episode was however never aired at the time for one reason or another, but luckily the internet gives fans to hear almost anything these days. This mix in particular was originally uploaded and posted by Robbie @ Unkut.com so all thanks and credit to him.
K-DEF @ PIRATE RADIO 105.1 ['94]
Posted by lost.tapes.claaa7@gmail.com at 3:59 PM