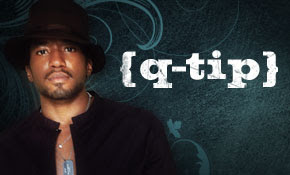 Kamaal Ibn Fareed a/ka Q-Tip a/k/a The Abstract has been an active force in the hip-hop community for well over 20 years. With one of the most easily recognizable, and easy listening voices in the game, his witty vocal style and mixture of personal, politics and party records has made him one of hip-hop's top lyricists, and one of the few who never fell off; in fact he released one of the unquestionably best albums of 2008. The largely self-produced "The Renaissance" brought back that good vibe music that made his A Tribe Called Quest so popular, while still updating the formula enough to show fans and DJs that he's still interested in evolving the music. But it's not just his nassal voice and abstract rhyme scemes that has put him on the map; in fact he's one of the illest producers to ever touch a SP1200 or an MPC.  Having access to a huge jazz collection through his father it was only natural that he would start incorporating jazz music into the uprising hip-hop scene he so badly wanted to be a part of.

Hooking up with class mates and friends Ali Shaheed Muhammad (producer/DJ), Phife Dawg (emcee/hype man) and Jarobi (mystery man), A Tribe Called Quest was born and though they couldn't know it then, Tribe would go on to help change hip-hop music at least three times during its decade long run. Being a self-proclaimed perfectionist, Q-Tip worked in a production capacity on all the Tribe albums; beside partner Ali Shaheed only a select few were allowed to guest produce a song on each LP (Skeff Anselm, Large Pro, Rashad Smith), and later the young producer Jay Dee who Q-Tip took under his wing  and managed.

Through his work on the five Tribe albums and his three solo albums, Tip's name would already have solidifed him as one of the all time greats. But as if that wasn't enough, throughout the years he had a hand in countless classic albums and singles outside his group work. Most notably, he produced "One Love" for Nas' debut, a timeless and immortal song, and played a large role in the making of Mobb Deep's "The Infamous" album, where he not only produced thee cuts but oversaw and mixed much of the project. Further, he produced cuts for memorable cuts for Run DMC, Craig Mack, Apache, Cypress Hill and even R&B superstars like Mariah Carey, Janet Jackson and Whitney Houston. And with all the classics under his belt, he could easily call it a day and retire as a legend, but instead he keeps dropping material, producing for artists and working on a fourth solo album for Kanye West's G.O.O.D. Music label. The compilation below tries to showcase fifteen standout tracks from The Abstract's career, spanning the early years all the way to 2010's "Chain Heavy". And while you're downloading, and then listening,, make sure to check out this VIBE article where he breaks down a bunch of his classics from the early '90s to 2009. Skilled in the trade of that ol' boom bap! 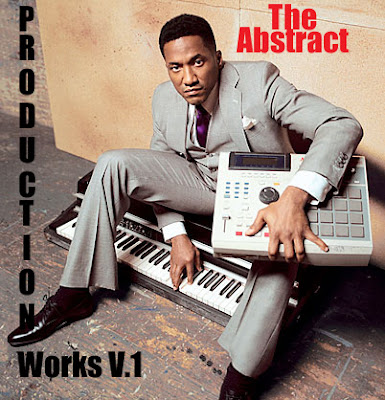 Q-Tip - "ABSTRACTIONS OF FUNK"
Posted by lost.tapes.claaa7@gmail.com at 3:15 PM